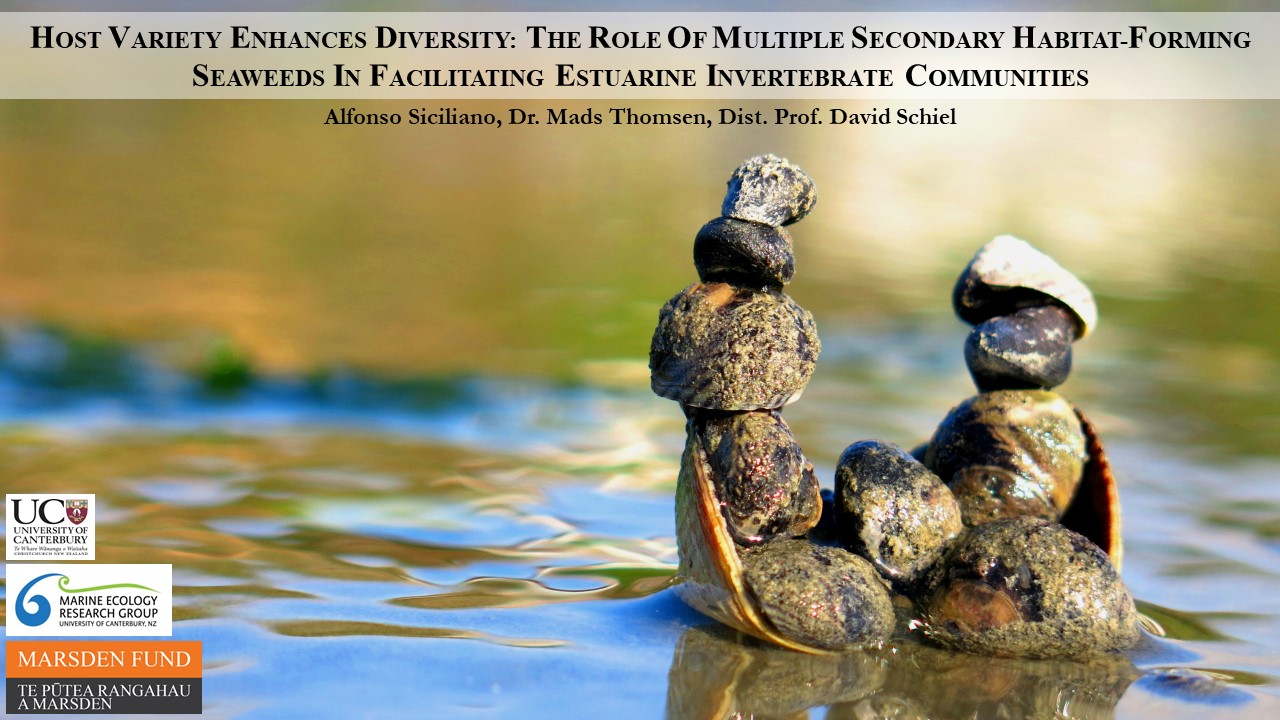 Shell-forming molluscs are primary habitat-forming species that affect the structure of invertebrate assemblages in sedimentary estuaries. Importantly, their shells provide hard substratum that seaweeds attach to, and these seaweeds can subsequently provide secondary habitat to epibiontic invertebrates, giving rise to habitat cascades. Here we hypothesized that (1) invertebrate communities depend on the identity and density of morphologically different seaweeds (Gracilaria chilensis vs. Ulva sp.), (2) these invertebrates have different host-specificities related to the ecological differences between seaweeds, (3) results are consistent across latitudes and (4) invertebrate community structure depends on whatever primary and secondary habitat-formers are alive or dead (mimics). The first two hypotheses were tested in surveys and experiments run seasonally. There were consistent significant effects of both seaweed species-identity and density, but the results from the experiment was less conclusive. A regional survey in 13 estuaries tested the third hypothesis, confirming the results from the local survey. Finally, a field experiment confirmed hypothesis four demonstrating that live habitat-formers have higher diversity than mimics, suggesting that secondary habitat-formers may provide trophic subsidies for invertebrates. In concert, these results show that habitat cascades are common in increasing biodiversity in estuaries of the South Island of New Zealand.